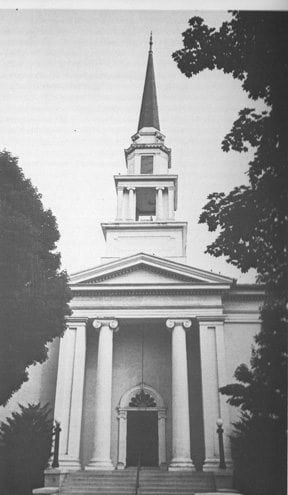 The land which is now Union County Pennsylvania was frontier until after the conclusion of the French and Indian war. After William Penn purchased the territory, the Delaware Indians reluctantly moved to Ohio, but periodically returned to harass the settlers. Life was fraught with danger and hardship. Nonetheless, by the 1770’s a sturdy band of Presbyterians had assailed the wilderness, carved farms out of forests and put down their roots in this new fertile land.

By 1823 the Buffalo congregation had grown to 273 members. It was a long ride or walk to Buffalo Crossroads Church for those who came from surrounding areas. The time to develop local churches had come. The Buffalo Church planted 5 daughter churches, Mifflinburg in 1818, Laurel Run (later Hartleton) in 1831, Bethel (Later the Washington Church, Allenwood) in 1832, Lewisburg in 1833 and New Berlin in 1842. 39 members transferred from the Buffalo church to the First Presbyterian church of Lewisburg in 1833, which was to be under the guidance of the Reverend Thomas Hood.

As Ludwig Derr laid out Derrstown, in 1785, the forward thinking Presbyterians who were worshiping at the Buffalo Church but living in the developing Derrstown, purchased several lots and used them as the Presbyterian cemetery. Not until the 1810’s did development start to change the face of Derrstown, now Lewisburg. When it was time for the Lewisburg Presbyterians to build their church building, it was here on this property, where no burials had taken place, and another donated lot that the Church building and manse were constructed. This first church building was begun in 1832 and finished on July 31, 1833. On the 4th of August, 1833, Rev. Hood preached from its pulpit for the first time.

The physical appearance of the new church building is relatively unknown. It was situated on a knoll, overlooking the Susquehanna. It was a one story structure, probably made of wood. Tradition tells us that no provision had been made for heating, a problem as the Lewisburg winter drew near. They made an excavation under the floor and a common stove was placed there. After the congregation was “smoked out” one Sunday morning, flues were installed in the west end of the building. The original structure served a growing congregation for a quarter century.

In 1857, with prayer and vision, plans were made for a simple but inspiring house of worship that would serve its congregation for many generations to come. After construction The Lewisburg Chronicle and West Branch Farmer described the scene of June 14, 1857 this way:

”its graceful spire rises 153 feet from the ground. The edifice is 96 by 56, standing 20 feet back from the street. It is built of brick, ornamented on the side with pilasters and painted a drab color. The main front entrance is between 2 pillars, the large door being surmounted by stained glass. A flight of stairs leads to a hall from which are doors opening into the three aisle main audience room, 2 doors to the gallery at the south end of the house and 2 other doors leading to the basement. The seats are uniformly cushioned, stuffed at the back and covered on both sides with crimson damask. The cost of the building and furnishing is probably 12 – 14,000 dollars.”

Over the years the building has been updated and renovated. The original kerosene lighting was replaced first by gas then electricity. A hand pumped organ was replaced in 1890 by one pumped with water which in 1927 was transformed to electro-pneumatic action. The organ with its pipe chamber concealed behind screening was completely rebuilt during the 1967 sanctuary renovation. The windows, no longer plain as in 1857, now are beautiful stained glass. During the 1967 renovation, these windows, which were seriously deteriorating , were repaired and protected by a clear double-over-glazing to preserve them for years to come. The extensive 1967 renovation of the sanctuary and church building, which included structural and cosmetic changes, took nearly a year and cost $192,000. In a time when gas cost 33 cents a gallon, a first class stamp was 5 cents and the average household income $7,100, this was a huge undertaking.

By the 1990’s it was time to renovate again to facilitate the needs of the growing church. It was then that the church you see today took shape. The land between the church and the manse was cleared of a garage and a beautiful old maple tree. The wood from that tree was made into the pews, communion table, lectern and cross that are in the chapel. As the excavation for the foundation progressed an “occupied” grave was uncovered! An anthropologist was called in to determine the heritage of the long time attendee of the church. He was found not to be Native American so the construction could proceed …after he was moved to the Lewisburg Cemetery. The Great Hall, kitchen, Christian Education wing, offices parlor and chapel are all a result of this renovation.

In 2007, in honor and celebration of the 175th Anniversary of the church, a modest renovation to the chancel was undertaken. This renovation allowed more flexibility on the chancel for worship and the many programs that were a part of the fellowship experience.

On the west side of the sanctuary building is the William D. Himmelreich Memorial Library. The library has its roots as the Sunday School Library which began in 1831 with a collection of 85 books. In 1891 William D. Himmelreich, a philanthropic Lewisburg businessman and active member of the church, purchased 500 volumes to form the nucleus of a library.

Mr. Himmelreich’s last will and testament endowed the library with $15,000 for a building and $150.00 for books. The building with its majestic columns outside and beautiful murals inside, was dedicated eight years after Mr. Himmelreich’s bequest, on November 7, 1902.

In 2009 the William D Himmelreich Memorial Library is a wonderful Christian resource center used by many in the community and surrounding areas. Home to more than 8,300 books, 1,500 videos and DVDs, and 700 cassette tapes and CD’s, the library with its restored reading room is a wonderful place to visit and is a tribute to the generosity and faithfulness of Mr. Himmelreich.

On the east side the church stands a beautiful Victorian home. The Manse, built in 1869 of red brick and fine wood work, was the home of pastors for 130 years. Its ornate front porch protects the four 10-foot tall first floor windows and carved, double front door. Inside, its grand 12 foot high ceilings, marble surrounded fireplaces and sweeping staircase speak of a time gone by: a time when $ 7,000 built a gracious and spacious home. Left behind are some elegant furniture pieces and the memories of the people who lived there as they served the Lord. Because a home is not just the structure that we can see and touch, a home, like a church, is the people and relationships that happen there.

Pastors and their families helped to mold and shape the lives of so many in the church. From 1858 to 1901, nine pastors served the church. As the thriving church moved into the 20th century the spiritual emphasis was on evangelism. Welling Evan Thomas was called as pastor in 1901. The manse must have been a busy place at that time as Dr. and Mrs. Thomas had six children. Norman Thomas, their eldest son later became a bit of a celebrity. He was the 6 time Socialist Party nominee for President of the United States.

Frank Everitt served the church from 1916-1929, and times were changing. The mainstay of church income from the earliest days was pew rent. It was in 1926 that the financial system of pledges and free will offerings was adopted from a desire to give faithfully, without recognition and with reliance on God.

In 1931, Edward Junkin accepted the call to the Lewisburg Church. Mr. Junkin, born in Korea the child of missionaries, brought a fervent personal interest in missions. He was named Pastor Emeritus in 1961. It has been said by someone who grew up at this time that although the world was far from stable, there was a great sense of stability given in his life: there was one president, FDR, and one pastor.

Pastors Westra and Gardner… Kurtz and Merrittt… Wendell, Anderson, Smith, King, Yorks, and Kraus. All people who loved God and were called to serve Him and the congregations of this church. Each impacting many, each leaving a legacy of ministry and faithfulness.

From its quiet beginnings in the countryside to its move to independence at the riverside, the congregation at Lewisburg desired to work for the Lord Jesus Christ. From its first 39 members to nearly 300 today God has used our people to proclaim the Gospel to Lewisburg and the world. Going forward let it be our prayer …may all who come behind us, find us faithful.

Sunday School: 9:oo AM for Kids, Youth, and Adults 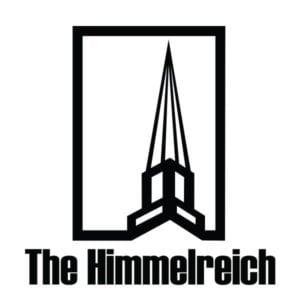